These pines are distinguished from other conifers by their long - «pine» needles located in bunches on slightly shortened shoots, which are much shorter than those of larch.

The number of needles in the bunch identifies two-, three- and five-needles pines. The needles of the Common pine have lengths of 3-7 cm, and widths of up to 2 mm. They are flat, strongly twisted, on shortened shoots with two needles in the bunch. Before the winter, needles become yellowish or greyish. They stay for 3-7 years.

The buds are strongly tared.The bark is greyish-brown in its youth, later turning yellowish–red. In old age, it becomes thick, dark brown and cracked.

Young trees' crowns are obtuse-conical or egg-shaped. The crowns of old trees in the dense forest are small and located high; in the open woods, the crowns are wide and positioned low on the trunk.

It is winter-proof, wind-resistant and thrives in bright locations.

In the Far East it forms forests in the Western Amurskaya Oblast and within the basins of the Gorin and Uda Rivers (Khabarovsky Krai). It is found in cultivated plantations in Primorsky Krai.

It is valuable species used for multiple applications and is a medicinal plant. 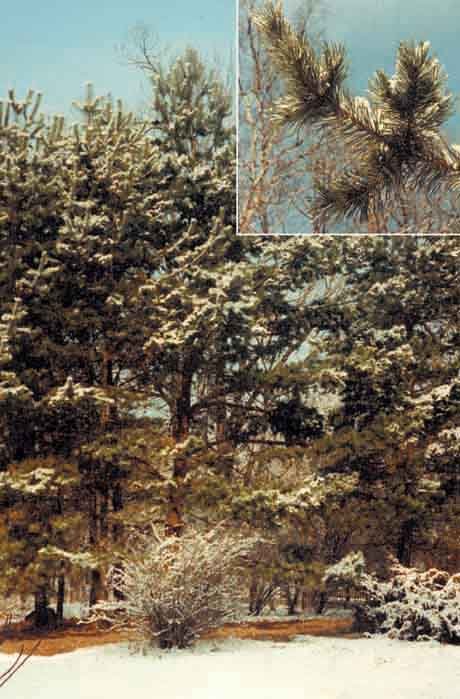 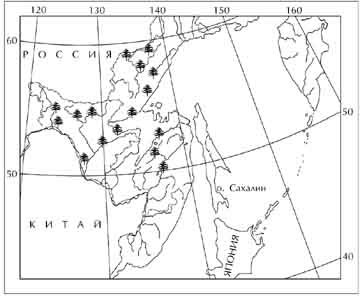