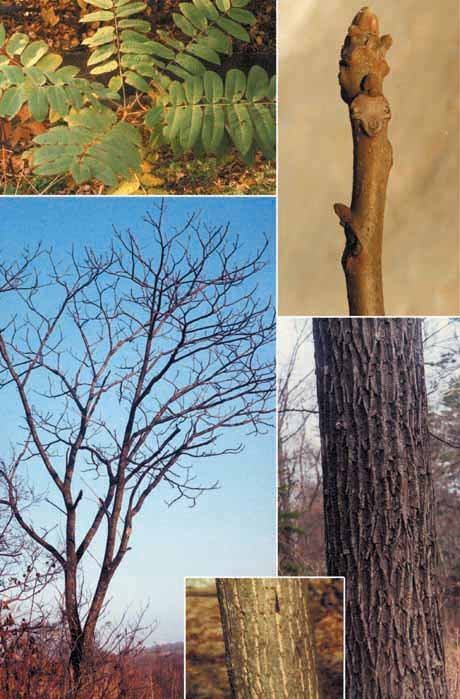 Though manchuiran walnut is widely known, sometimes it is hard to distinguish from the Manchurian ash. Manchurian walnut has the low-taper, straight, thick yellowish - brown shoots, with well-defined, large leaf tracks visible in the upper parts.

The buds are large, with colour almost identical to that of the bark.

The young bark is smooth and grey, later turning brownish with small longitudinal cracks beige from inside. The bark of old trees is dark grey, almost black, with deep rough furrows and is hard to distinguish for the old dimorphants.

It grows in the mixed and deciduous forests along the valleys of rivers and streams, is sometimes found on hillsides and does not rise in mountains to elevations exceeding 500-550 m above sea level.

It is the most winter-hardy of all walnut trees.

It is a valuable medicinal, fodder and food plant. It is a good honey plant. 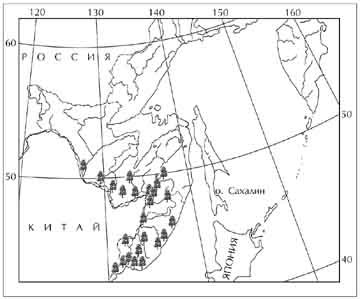