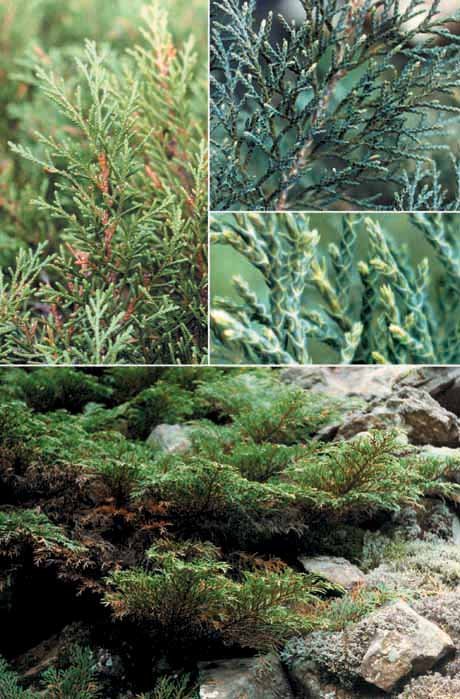 This is an ancient relic order. Microbiota involves a single species, an evergreen, coniferous shrub. It was first found for science in 1921 by I.K. Shishkin on the Phalaza mountain of the Pidan ridge (now – Krinichnaya mountain of the Livadiyskii ridge) in the southern Primorye.

Its star-shaped branches of up to 7 m in length creep, raise themselves over the ground, and take root at 1-2 m intervals.

Needles are dark green; for adult plants they are almost exclusively tile-like, soft, fine and closely pressed to the shoots. They live to 10-11 years in light while only 2-3 years in the shade. They grow brown in the winter.

The shoots are thin, reddish and branched out in one plane.

The branches rise to 1.2-1.7 m but, by the winter, lie down and hibernate under the snow.

When the diameter of the stem base is 16 cm, the age of the plant is about 230 years. This is possibly close to the limiting age.

Sub-alpine, as a rule, is found at elevations of about 1200 m above sea level. However, on the eastern slopes of the middle Sikhote-Alin, in the Olginsky and Chernigovsky Districts, Primorsky Krai, it is found at absolute elevations of 350-500 (600) m. 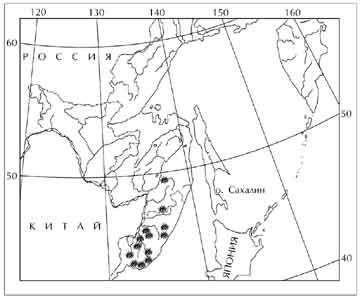 It is light requiring, frost resistant and a soil maker.