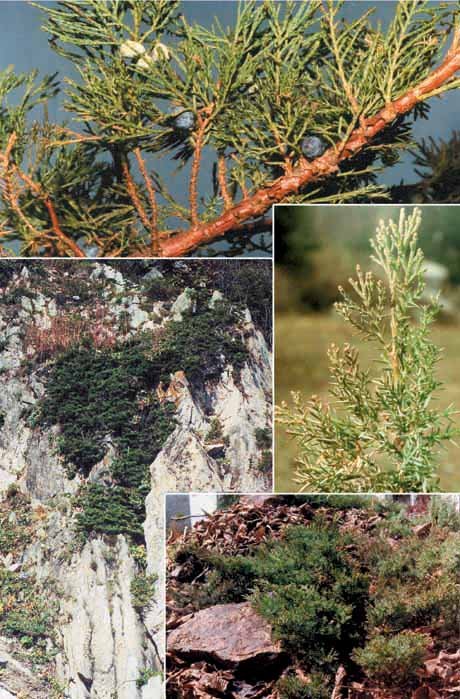 This trailing evergreen shrub is found on rocky highlands, hillsides, limestones, on sandy and sand-pebbly bars and on coastal rocks. The stem is often hidden in soil, while the deep-rooted branches are rising up above.

The light green needles are mostly spiky, clustered in whorls of two and reaching 5-8 mm in length. On the upper exposed parts of the branches, the needles are lepidoid, rhombic, dense and turn brown in winter.

The shoots are thin and tetrahedral. At age of 100 years, their diameters reach 50 mm.

The bark is grey and easily peeled.

The seeds are hidden inside dark blue or a dove-coloured fleshy «cone-berries» reaching 5-6 mm in diameter, similar to those of yew.

It does not grow well in shade. Contributes to soil formation.

The wood has wide utility. It is a medicinal plant and is a candidate for planting of greenery. 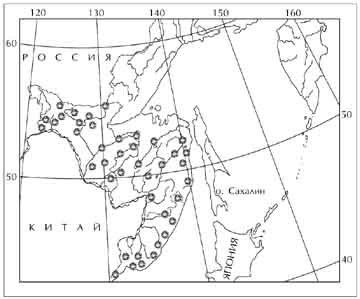